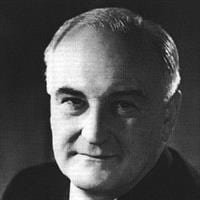 Sir Sydney Sunderland graduated from BSHS in 1929. He is a Medical Researcher, University Academic & Government Consultant. He was Dean of the Faculty of Medicine at Melbourne University for many years whilst actively researching in the field of nerves and nerve injuries.

Widely published, an international medical society was named in his honour. Serving on many government health, university and military committees, he played a key role in the establishment of the Australian Academy of Science where he was one of 23 Foundation Fellows. Sir Sydney passed away in 1993, aged 83.