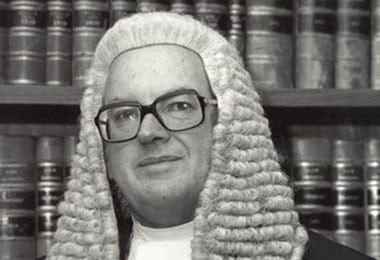 Sir Harry lectured at the University of Queensland in evidence, personal property and commercial law and acquired the reputation among students as being one of those rare lecturers of law whose classes were enjoyable to attend. In 1957 he took Silk and began developing an extensive practice which included appearances before the Privy Council. From 1961-67 he served as a Justice of the Supreme Court of Queensland, also undertaking the chairmanship of a committee of inquiry into the expansion of the sugar industry and as a royal commissioner during the period. In 1967 he resigned from the Queensland bench to become a Justice in Bankruptcy with the Federal Court, a Justice of the Supreme Court of the Australian Capital Territory and a member of the Copyright Tribunal. He was appointed to the High Court in 1970 and succeeded Sir Garfield Barwick as Chief Justice in 1981, retiring in 1987. Harry Gibbs Commonwealth Law Courts Building and Sir Harry Gibbs Legal Heritage Centre in Brisbane are named in his honour.