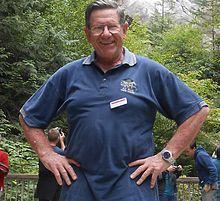 Professor John Boldeman is a nuclear scientist, best known for his work on the ANTARES Tandem Accelerator and the Australian synchrotron. He is a winner of many scientific awards and medals, including an ANZAAS Medal in 2007, the Clunies Ross Lifetime Achievement Award, as well as an being officer of the order of Australia.

Dr Boldeman was elected a fellow of the Australian Academy of Technological Science and Engineering in 1993. He was made an Officer of the General Division of the Order of Australia in 2015 for services to Australian Science and Technology.