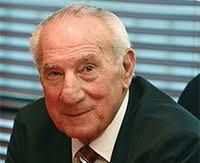 Ian is a successful businessman, politician, sports administrator and philanthropist. He joined the Australian Labor Party (ALP) in about 1960, representing it as an Alderman on the Brisbane City Council for 14 years.

He subsequently guided the ALP Inner Executive in turning around the fortunes of their radio station 4KQ, and management of the ALP’s finances. In 1988, Brusasco was named a Member of the Order of Australia “in recognition of service to the sport of soccer”. In 2001, he was awarded the Centenary Medal for “distinguished service to business and commerce”. The following year he was named an Officer of the Order of Australia for “distinguished service to the community of Queensland through leadership roles with a range of public administration, sporting and charitable organisations, particularly Foodbank Queensland”.