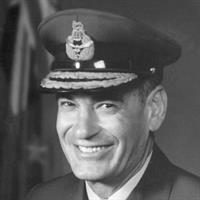 Air Marshal Ray Funnell graduated from BSHS in 1952, and the following year began his career with the RAAF as an Officer Cadet. He had many different roles within the RAAF, such as being an Operational Pilot and the Vice Chief of the Defense Force.

His career highlight came in 1987 when he was appointed Chief of Air Staff. Retiring from the RAAF in 1992, Ray still involves himself with government defense and security projects in Australia and overseas, as well as immigration issues.